Stories from a Quaranteen, Part 4 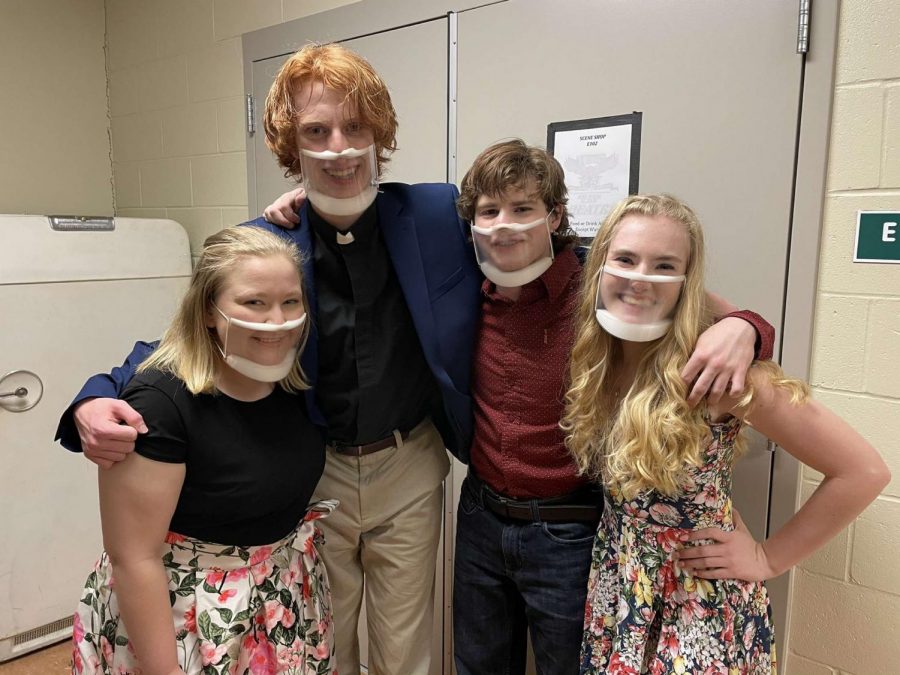 It has been a while since we last talked, we should catch up. A lot has happened in the past year and I think that an update is well overdue.

The last time we were “together,” it was the end of my sophomore year and I had no plans set in stone for the summer or upcoming school year. I worked that whole summer at two jobs, I made a lot of connections with friends in ways I did not know I could and I educated myself on a lot of social issues that were prevalent at the time (and still are today).

When the school year started, it was so weird being at home half of the time and being in school the other half. I started my junior year on the A-day, and I found little motivation during the days I was not at school. One of the ways I brightened my day was by FaceTiming my friends who sat at my lunch table over the lunch period so we could still eat together, even though we were at home.

Theatre was definitely a lot different than I had imagined. Since there was no closure the year prior, it felt like there were a lot of people who suddenly disappeared without any goodbyes. We did our first cabaret, and the audience was severely restricted to immediate family only. We went from sellouts to barely any people, and it was definitely a different atmosphere. When it came time for “Newsies,” it was still restricted audience-wise and the actors had to wear masks. Both “Cabaret” and “Newsies” were live-streamed, and that was a whole new ballgame for us.

I was able to go back to school full-time in March a few weeks before everyone else did because I was one of the few students who were vaccinated at the time. I was so grateful to be back in school full-time, and I was so glad to see my classmates that I had not been able to see in-person for the last few months.

“Mamma Mia” eventually rolled around, and I auditioned for the cast. For those who know me, that was a giant step out of my comfort zone, but I am so glad that I did it and I had so much fun. I learned a lot about time management, and it was so great being able to sing and dance to my favorite songs with my best friends for nine weeks.

A week after “Mamma Mia” wrapped up, my friends and I had our own prom since juniors weren’t allowed to go to the official one at Southwest. We found a great deal on an event space and split up costs. This way we were able to keep socially distant and safe. Although it was a bit different having prom separate from the school, it gave me a sense of normalcy that I had long been waiting for.

Summertime rolled around, and it was great. I gained a lot of experience with kids working at the YMCA and I continued working at The Landing. I finally went on the road trip with my friends to Kansas City that I had mentioned a couple entries back, and I went to the UNL journalism camp as well.

Life gets better, and although it might take a bit of time, it truly does. I look back on the first entry that I made a year-and-a-half ago and I think about how I was in such a low place and how I have grown since then. I have made so many new friends and I have strengthened the relationships with the ones I already had. The pandemic has been awful on many of us for a variety of reasons, and although we aren’t officially in the clear, we have generally learned to adapt and overcome as a community.

My advice to someone who might not have found the silver lining of this past year is to immerse yourself in a community setting. There are over 20 different clubs and activities here at Southwest alone, and there are so many organizations to get involved in outside of school, such as Lincoln GOLD or March For Our Lives. I would also recommend getting a job at a place where you know you can make a difference and helps feed into what you want to do when you leave high school. For example, if you want to go into nursing, working at a retirement home might be best for you. If you want to be a teacher, maybe working at the YMCA is a great option for you to gain experience in that area. The bottom line is to find something that you enjoy doing and making connections with the people in that community. I would not have been where I am today without the help of my peers in theatre and at my job.

Additionally, find something that makes you happy and stick with it. Whether that be painting, exercise, baking, or whatever else under the sun, developing those interests can help you during difficult times and give you a sense of normalcy. Learning to bloom where you are planted will help you in high school and beyond and it is a great life skill to learn.

I included some pictures from this past year that showcase how far I have improved mentally and physically this past year. Each of these pictures holds a memory that has made this last year one of the best.