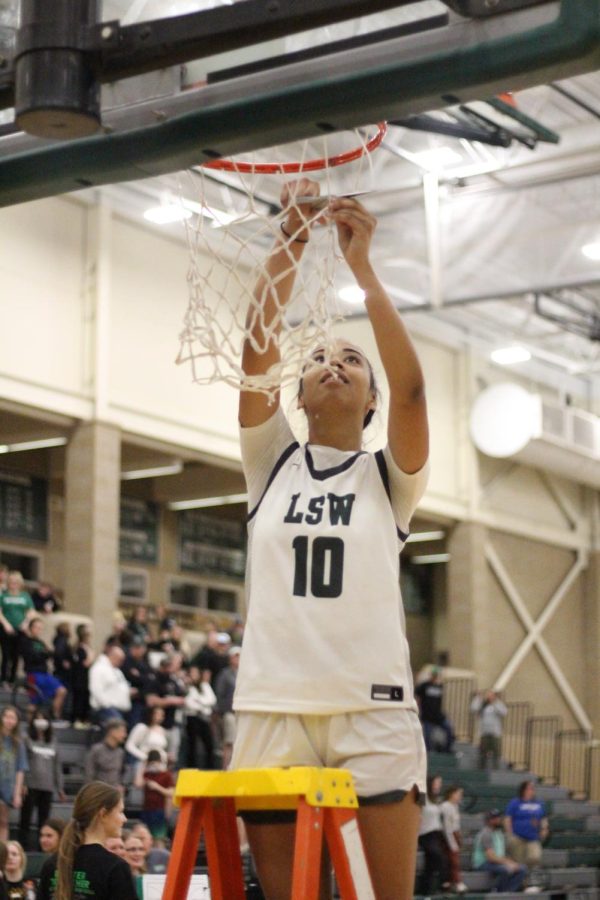 The Lincoln Southwest girls varsity basketball team look to beat the undefeated Millard South Patriots at Pinnacle Bank Arena in the semi final game on Wednesday, March 9 at 6:00 p.m. The Patriots beat Bellevue West with a score of 62-45 on Monday.

The Hawks took on the Omaha Central Eagle at PBA on Monday, March 7. The girls came out on top with a score of 54-38.

“They are really good three-point shooters so we really need to limit their shot attempts,they switch screens a lot so we just need to adjust,”senior guard Taryn Ling said. “Kennedi(Williams), Freddie(Wallace), and Aniya(Seymore) are definitely our three main offensive players, I am more defensive minded so I just need to play my role along with the rest of the team.”

Ling averages over two steals a game along with over two rebounds a game. She had five steals against Lincoln Southeast earlier this season.

“I think our main thing is just keep doing what we do which is play really good defense. We match up well with Millard South and we have a bit more size but our size can play them on the perimeter,” assistant coach Nicole Kubik said. “All of our players have a lot of versatility. We are not one dimensional where we can only guard the perimeter, we guard the post really well.”

Kubik serves as the varsity assistant and the junior varsity head coach. She has coached at Southwest for all 20 years of the school being open.

If the girls win then they would take on the winner of Fremont and Lincoln High for the championship game on Friday, March 11 at 6:00 p.m. at PBA. If they lose, the season will come to an end.