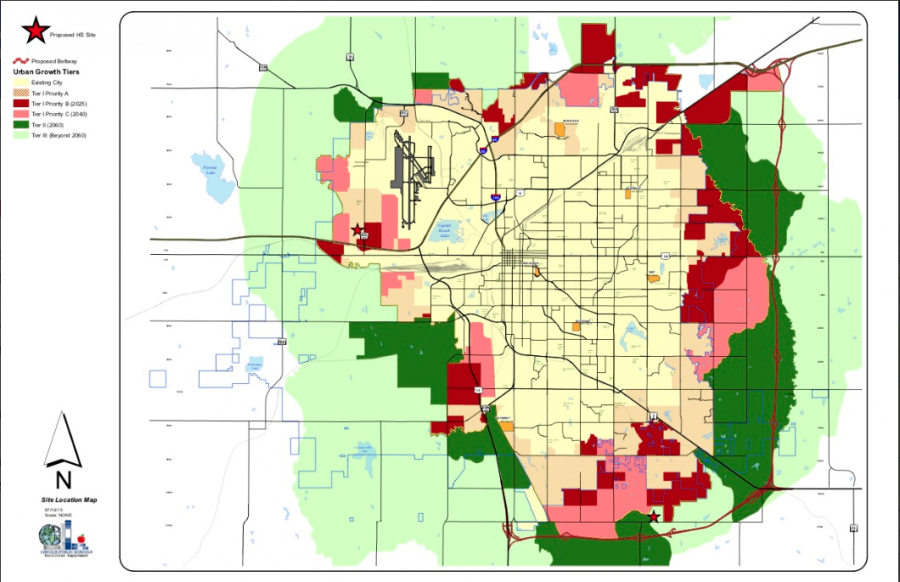 On Tuesday, Feb. 11 Lincoln Public School’s $290 million bond issue passed, granting LPS to build two high schools–one in the northwest side of Lincoln and the other in the new neighborhoods in the southeast district– one elementary school, and renovate 14 various schools in the district as well.

According to the LPS Website, The Superintendent’s Facility Advisory Committee, made up of community members and LPS workers, has worked on this bond issue proposal for over a year. Using analysis from past bond issues along with data from all schools with various needs, the committee and Superintendent Dr. Steve Joel compromised on the amount of $290 million.

“Based on the needs of the various schools, the committee initially decided on a $460 million bond proposal,” LPS Superintendent Dr. Steve Joel said. “But, we all compromised and discussed further leading us to our amount of $290 million.”

Once the schools open, each pre-existing school is going to endure various changes in student enrollment and faculty.

“I think we’re definitely going to see an initial drop in student enrollment when the new high schools open,” Principal Mike Gillotti said. “I think the freshman class is going to have smaller numbers for a few years until we see the enrollment level out.”

The Southwest seniors who are registered voters were able to vote for or against the bond issue. They received a letter in the mail with information about the bond and a ballot to send in with their vote.

I voted for the bond to help our overcrowding issues at Southwest,” senior Jessie Harlan said. “One time my math class was held in the forum because we didn’t have enough rooms to go into and it was really hard to test.”

The first school in northwest Lincoln is predicted to open in the fall of 2022 with the other on the southeastern side planned on opening in the fall of 2024. Any additional updates available to the public will be posted on the LPS website.