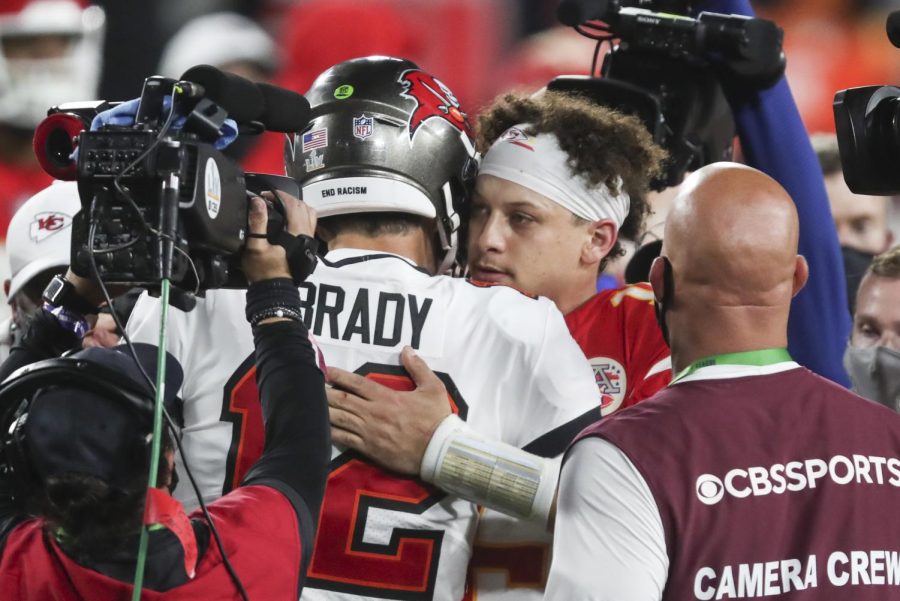 The Chiefs entered the game without star left tackle, Eric Fisher. The lack of leadership showed, as Chiefs quarterback Patrick Mahomes constantly found himself scrambling out of the pocket with Buccaneer’s players easily getting past their blockers and coming after him. Mahomes was pressured on 29 of his 56 dropbacks, a super bowl record.

“I just think we weren’t on the same page as an offense in general,” Mahomes said. “I wasn’t getting the ball out on time, the receivers were running routes not exactly where I thought they were going to be at, and the offensive line, they were good at some times, and sometimes they let guys through.”

The Buccaneers defense also made some big adjustments to their game plan after their previous matchup with the Chiefs (which the Chiefs won, 27-24), in which Kansas City’s Tyreek Hill had 13 catches for 269 yards and three touchdowns, giving him an average of 20.7 yards per catch.

This time, however, the Buccaneers held Tyreek Hill to just 7 catches for 73 yards, giving Hill an average of 10.4 yards per catch.

“They played a lot of zone tonight,” Hill said. “Primarily cover 2, cover 4. Y’know we rarely see man, and that’s what we game plan for. A lot of two-man, a lot of man, y’know obviously zone here and there, but Todd Bowles, he did his thing tonight. He came out and they just had a better game plan.”

Tom Brady and his offense had very few issues moving the ball downfield. Tom Brady was only pressured on 4 of his 30 dropbacks, the lowest of his Super Bowl career. Brady went 21-29 in passes on the day. He threw for 201 yards and three touchdowns, two of those being to his former New England Patriots teammate, Rob Gronkowski, the other being to wide receiver Antonio Brown.

“It’s great to see them,” Brady said. “Y’know, big time players making big time plays. So, I love what they did, what they added to the team. Gronk’s an unbelievable player, teammate, talent, work-ethic, commitment. AB, ever since he got here he’s just done everything the right way. I’m so impressed by him, proud of him, it takes a lot of people for us to get to this point, and we all have great support systems in place and I think everyone should be celebrating them tonight.”