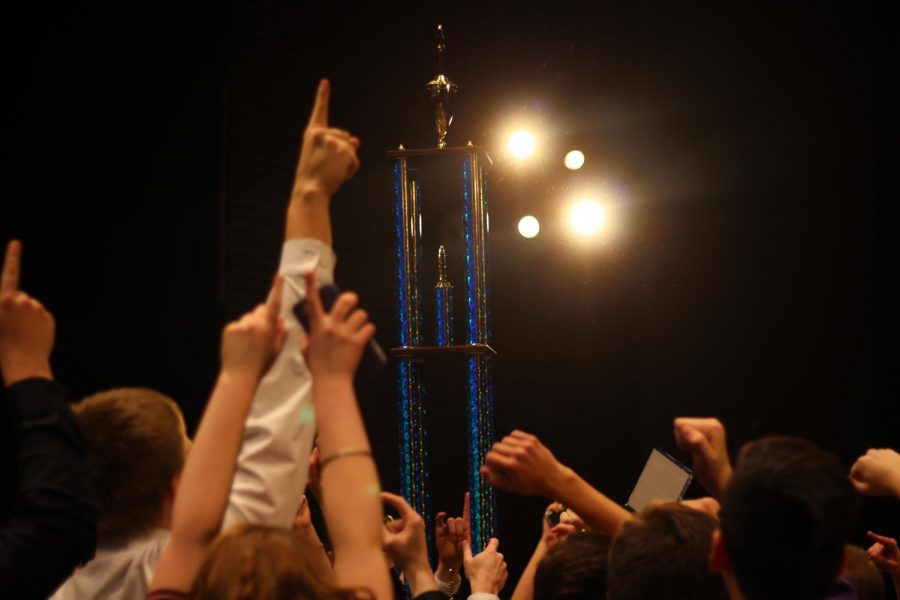 Ambience took the stage first, and the group placed first out of three prep groups, and advanced to finals later on in the day. Additionally, Ambience’s John Greisen received the Best Male Soloist award for the second time in the 2020 season.

“Getting best male soloist twice is an honor,” sophomore John Greisen said. “I am hoping to do it again later in the season.”

Later in the afternoon, Resonance performed their show, “Nemo,” for a packed auditorium. Resonance also made the final cut, making it the second time this season that both the prep and varsity groups made finals at the same time.

“It was amazing to have both our varsity and prep group represented in finals,” senior Nakanda Kairigi said. “To have another opportunity for Ambience and Rez to represent Southwest is an honor.”

Ambience performed first out of the finalists, and Resonance performed last to tie it all together. In the 20 minutes between Resonance’s performance and awards, students from schools across southern Nebraska packed into the auditorium and waited anxiously.

“I really enjoy being a part of Resonance and it teaches me the meaning of hard work and work ethic,” senior Anavictoria Almodovar-Warner said. “It really made me think about how hard work beats talent when talent doesn’t work hard.”
Next up for Resonance and Ambience are exhibition performances at the Lincoln Southwest Showdown competition on Saturday, Feb. 8, with Ambience performing at 11:45 a.m. and Resonance at 4:25 p.m.