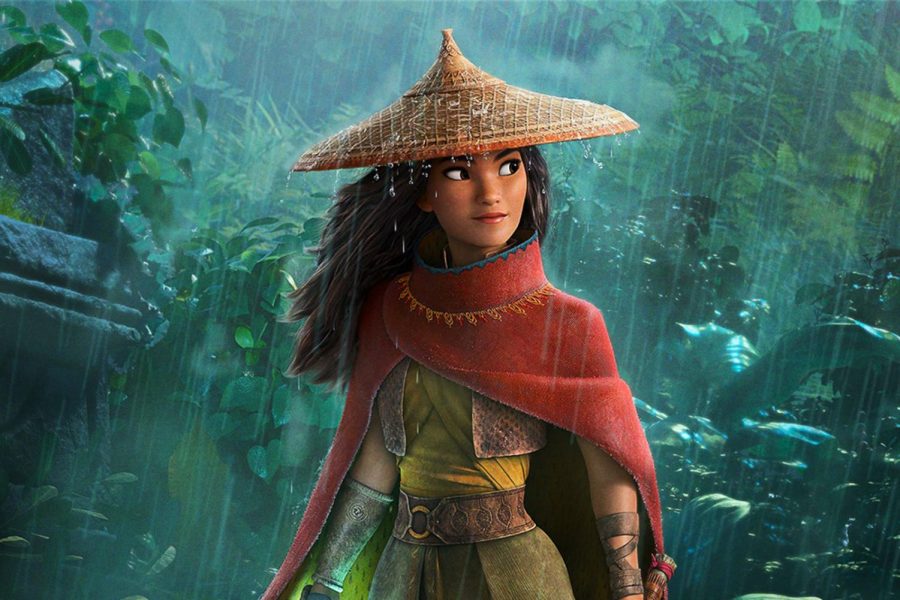 Courtesy of Den of Geek

A couple Sundays ago, I had a movie pass that was set to expire soon that a friend had given me for my birthday two months prior. “Raya and the Last Dragon” had just come out on Disney+ and I saw that there was an in-person option, so I made my way to the theater.

I have been more conscious of the movies and other media that I consume and being intentional about watching movies that have a below-surface-level meaning, however, I did not have expectations for “Raya and the Last Dragon” to be a bit of a deeper movie with underlying tones and messages. I was proven wrong.

The movie follows Raya, a young woman from the land of Heart, who has been training with her father to guard an ancient orb that had been made by dragons long ago to protect the citizens of Kumandra from evil spirits that had turned people and the dragons to stone. After an attempt by a neighboring nation to steal the orb and inadvertently releasing the evil spirits and turning her father to stone.  Raya sets out on a six-year quest to find the legendary dragon, Sisu, the last dragon left, and collect the other four pieces of the broken sphere. Raya meets a variety of people from the surrounding nations, all of which had been in harmony before the evil spirits who came to cause harm all of those years before.

“Raya and the Last Dragon” has stunning animation that looks almost lifelike, and the voice actors’ performances were stellar. Kelly Marie Tran gave life and soul to Raya, an unconventional Disney princess who’s main character traits include being skilled in defense arts, being independent, and courageous. Awkwafina as Sisu gave clever and well-timed jokes and was the source of humor throughout.

One thing that stood out to me the most as I watched the movie was that there was a surprising amount of action for a Disney movie. To me, “Raya and the Last Dragon” had the same vibe as a “Star Wars” or the “Lord of the Rings” movie, which is ironic because Kelly Marie Tran was in “The Last Jedi” and “Rise of the Skywalker” as Rose. I was on the edge of my seat because unlike most Disney movies, there was not a clear and apparent way to solve the conflict at hand from the beginning of the movie.

Additionally, I really enjoyed the father/daughter dynamic between Raya and her father, Benja. Coming from a family in which I didn’t have a strong maternal figure as a child and into my teenage years, I developed a strong relationship with my father. I have never seen a prominent father/daughter relationship in a Disney movie, as it is almost always a mother and a daughter that share a loving bond. I felt represented and there were tears in my eyes by the end of the film and it’s an indescribable feeling to see your situation played out in a mainstream film.

Overall, I give the movie four and a half stars out of five. This is definitely one of my favorite Disney movies now and I think that this should belong in the Disney masterpiece collection.