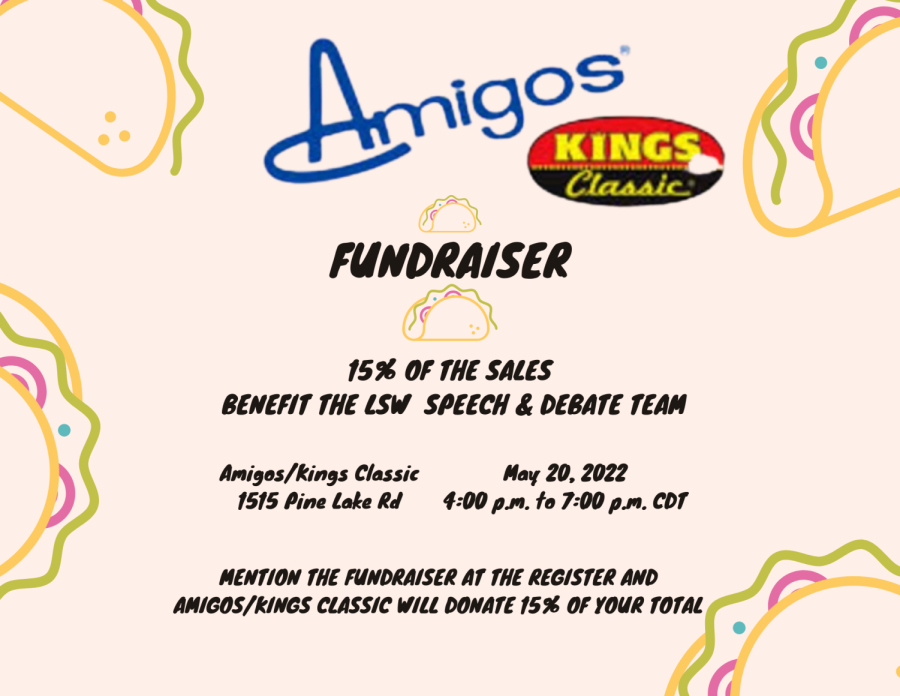 The Lincoln Southwest Speech and Debate teams will host the Amigos/Classic King Fundraiser on Friday, May 20 from 4:00 p.m.-7:00 p.m. at Amigos/Kings Classic on 1515 Pine Lake Road.

Fifteen percent of totals will be donated to the forensic teams at the mention of the fundraiser.

The money raised from the fundraiser will go to the team’s trip to the National Speech & Debate Tournament held in Louisville, KY on June 12-17, 2022.

The speech and debate teams have 15 students and 4 adults going to Nationals. The earliest estimates were about $1,000 per person. The goal is to have about $20,000 available for entry fees, transportation, hotel rooms, paying for judges and gas for the trip since the Speech and Debate teams are traveling on the road.

“This fundraiser is really important to me because it helps the team get closer to their journey to Nationals,” junior Kenzie Maddox said. “And it helps us to show our talents and our passion for speech and our community.”