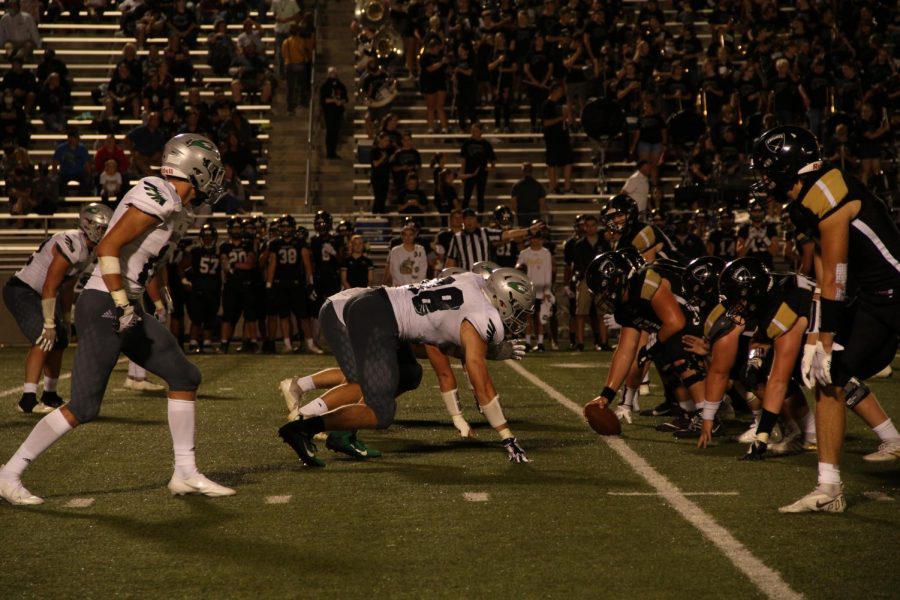 Lincoln Southwest lost to Lincoln Southeast 28-21 at the Seacrest Athletic Complex on Sept. 3.

“I think we did a lot better with our offense, and the passing game was really good,” senior Garret Appleget said. “If a few plays and penalties turned out differently, I think we could’ve won. If I only could’ve got one more catch in the endzone we could’ve tied it and have had momentum. It was an exciting game. We almost had it.”

The first quarter score reflected the high energy and intensity of the entire game, with each team scoring a pair of touchdowns. Junior Colin Fritton threw two passes in the endzone for Lincoln Southwest to junior Tairen Rahe and junior Aidan Welch. Southwest got two interceptions that resulted in turnovers.

“I was jumping for joy on the field and when I got that interception and had everyone cheering for me it just really put a smile on my face,” senior Kyan Consbruck said.

“Our coaching was really good and we just played well the whole game. We celebrated everything and just simply had fun,” Consbruck said. “Personally, that game made me realize how much I loved football again.”

In the second half Southeast was able to shut down the Southwest offense for the rest of the game and score a touchdown which ultimately led to Southeast taking the win, 28-21.

“Unfortunately we couldn’t get it done in the end but I think we are bound to have a good season after this 0-2 start,” Consbruck said.